A hacker of the physical world 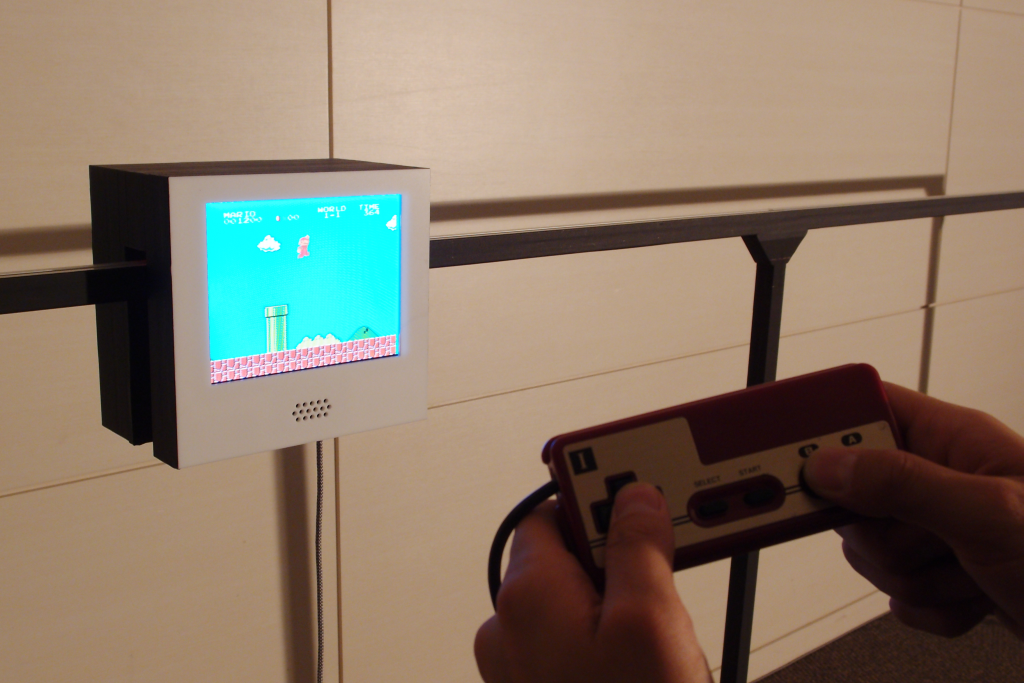 Concept
We perceive our own locomotion relative to the world around as. Even if we are moving forward in a train, we often feel that we are moving backward when a train next to us is moving faster than our train. World Locomotion is a gaming system that provides such an experience. Super Mario Bros., a platformer type game, is shown on a robotic display moving horizontally on a rail. This special display moves in sync with the camera motion in the game but in the opposite direction. This gives the player an illusion that Mario is moonwalking. This work gives you an opportunity to rethink the relation between you and the world. Are you really moving forward, or is the world moving toward you? You might be even feel like moonwalking in the real world. 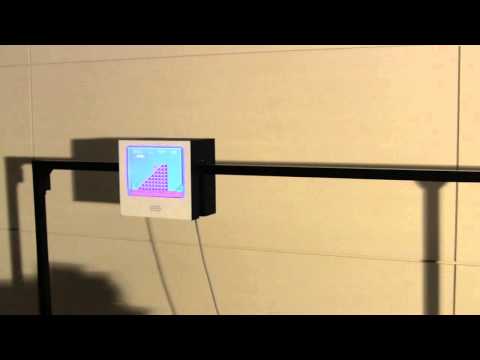 Technical details
The system consists of a video game console, a robotic display, a rail, and a PC. We used Nintendo Family Computer (Nintendo Entertainment System) as the video game console. The playable game is Super Mario Bros. The robotic display consists of a 7-inch LCD monitor and a robotic vehicle. The display shows raw video image obtained from video game console. A speaker is embedded in the display to output game sounds. The rail is an aluminum frame having rack rail structure, and the size is 840mm (H) x 240mm (W) x 60mm (D). The rail width is just equivalent to the length of World 1-1 of Super Mario Bros. In the PC, an image processing module and a vehicle controller are working. The image processing module processes the video image obtained from the game console, and analyzes the position of the camera in the game. The vehicle controller calculates a control signal based on the camera position information, and sends it to the robotic display. 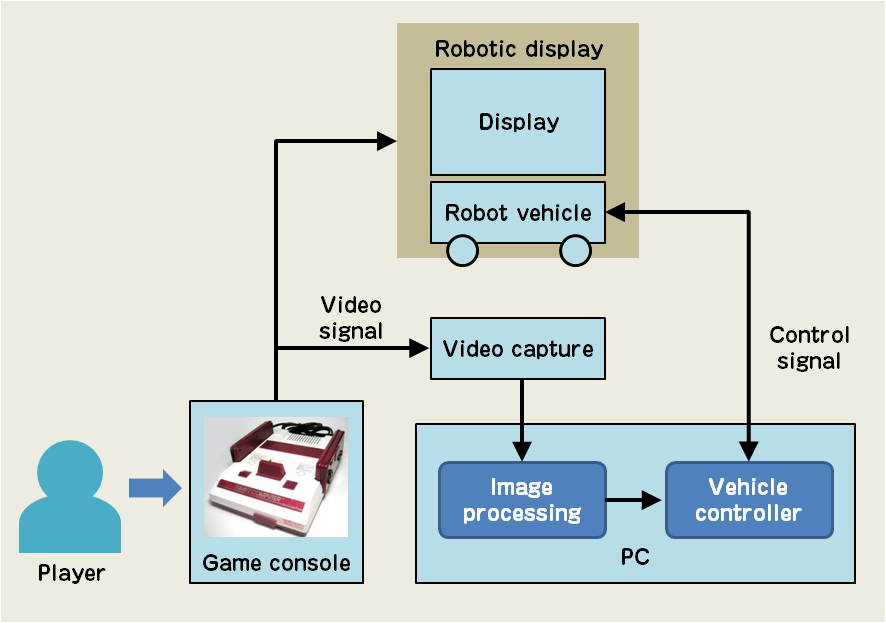